Advertisement
The description below is a translation of the traditional method of Shree Yantra construction, stipulated in the ancient texts.

One should make a circle according to one's desire
[i.e. as large as one wants].
One should draw a line from east to west
and divide it into forty-eight parts. 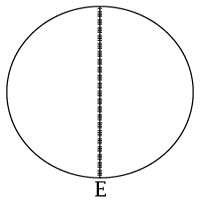 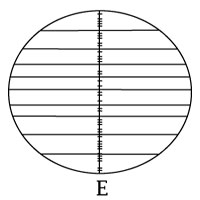 One who is skilled in this
[i.e. who knows the technical terms and drawing process]
should remove fractional parts [from these lines] in order:
on the first, second, and fourth,
then on the fifth and sixth,
and on the eighth and last
agni [three], bana [five], kala [sixteen], purana [eighteen],
sixteen, veda [four], and agni [three].

One who is learned should then join these lines in order:
the ends of Surya [Sun] in the middle of Shani [Saturn], 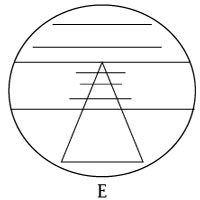 the ends of Chandra [Moon] in the middle of Ketu [Southern Node], 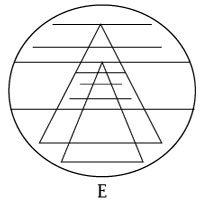 the ends of Mangal [Mars] in the middle of the circle,

the ends of Buddh [Mercury] in the middle of Rahu [Northern Node], 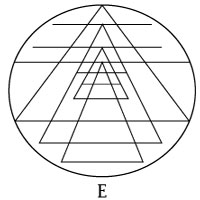 the ends of Brahaspathi [Jupiter] in the middle of Mangal [Mars],

the ends of Shukra [Venus] in the middle of Chandra [Moon],

the ends of Shani [Saturn] in the middle of the circle,

the ends of Rahu [Northern Node] in the middle of Surya[Sun],

the ends of Ketu [Southern Node] in the middle of Buddh [Mercury]. 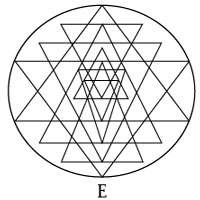 The best Shree Yantra is formed,
with its center having the form of trembling fire,
with eight and twelve and fourteen lights of fire.
Apart from the chakra there are 'Vasu' [eight] lotus petals and sixteen leaves;

It is adorned with a triad of circles
and has an earthly house distinguished by three lines.
The dwelling consists of a three-fold road
and is beautifully adorned with four-fold doors;
the chakra is divine, completely splendorous,
consisting of the nature of moon, sun and fire.

This dimensional variability utilized in the construction of Vedic altars is further developed in the proportional systems of yantras, the ritual diagrams of Tantric initiation and empowerment. As in the case of the tradition of Vedic altars mentioned above, there are many types of yantras. All yantras share the same basic scheme of enclosure, or "walls," although the representation within these walls varies depending upon the purpose of the yantra. In the case of the Shree Yantra, perhaps the most well known yantra, the central area is occupied by a pattern of nine interlocking triangles representing the Goddess of Wealth, Shree (Mahalakshmi).
Accurate calculation with precise lines 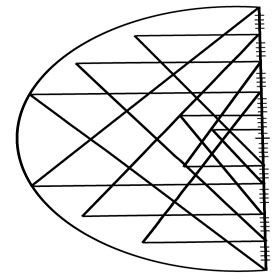